No One Is Too Small to Make a Difference is a collection of speeches that 17 year old climate activist Greta Thunberg has made since her quick rise to fame. This book is sure to inspire children, teenagers, and even adults who may feel too small to make a change. Author and conservationist Rachel Carson’s 1962 book Silent Spring is a groundbreaking text that has been regarded by many as setting the stage for the modern environmental movement. In it, she uncovers the ways in which DDT (a type of pesticide) harms the environment, illustrating how drastically human activity can impact the climate. The Future We Choose：Surviving The Climate Crisis

Christiana Figueres and Tom Rivett-Carnac – who led negotiations for the United Nations running up to the 2015 Paris Agreement – outline two possible scenarios for our planet. In one, they describe what life on Earth will be like by 2050 if we fail to meet the Paris climate targets. In the other, they lay out what it will be like to live in a carbon neutral, regenerative world. Upon presenting us with our options, they argue for confronting the climate crisis head-on, and tells us what governments, corporations, and each of us can and must do to fend off disaster. Wilding：Returning Nature to Our Farm
For years Isabella Tree and her husband, Charlie Burrell, farmed Knepp Castle Estate and struggled to turn a profit. By 2000, with the farm facing bankruptcy, they decided to try something radical. They would restore estate’s 3,500 acres to the wild. Using herds of free-roaming animals to mimic the actions of the megafauna of the past, they hoped to bring nature back to their depleted land. In the face of considerable opposition the couple persisted with their experiment and soon witnessed an extraordinary change. New life flooded into Knepp, now a breeding hotspot for rare and threatened species. At a time of looming environmental disaster, Wilding is an inspiring story of a farm, a couple, and a community transformed. Isabella Tree’s book brings together science, natural history, a fair bit of drama, and – ultimately – hope. This Changes Everything
Author, documentary filmmaker, and activist Naomi Klein is a vocal campaigner for climate justice. In “This Changes Everything”, Klein argues that to repair the climate crisis, we need to repair our economic system. “The really inconvenient truth is that [global warming is] not about carbon — it’s about capitalism,” reads the back of the book.” If reading is not for you, a documentary in the same name has also been published. The Sixth Extinction
The Sixth Extinction is a Pulitzer Prize-winning account of the Earth’s sixth mass extinction: the one that’s going on right now. Kolbert’s book explores the impact of humans on the planet, and compares the Anthropocene to history’s five other mass extinctions. She also “shows that the sixth extinction is likely to be mankind’s most lasting legacy, compelling us to rethink the fundamental question of what it means to be human”. The OMD Plan
A 2018 study by the University of Oxford found that a vegan diet is probably the single biggest way to reduce your impact on planet Earth. Environmental advocate, former actress, and educator Suzy Amis Cameron’s teach how you can fight it every single day. The book encourages climate-conscious readers to follow the OMD plan: eating one vegan meal a day for the environment (as well as for your personal health and to reduce cruelty to animals). Inconspicuous Consumption
Sometimes, the climate crisis can seem like a floating, distant problem — when in fact, it’s all around us. Schlossberg, in Inconspicuous Consumption, points out that our impact on the environment comes from food, fashion, fuel, and technology. Everything we do is connected to other parts of the world, inspiring us to think about the way we impact our planet. Ecowomanism： African American Women and the Earth-Honoring Faiths
Melanie Harris argues that African American women make distinctive contributions to the environmental justice movement in the ways that they theologize, theorize, practice spiritual activism, and come into religious understandings about our relationship with the earth. To illustrate her argument, Harris intersperses her academic reflections in the interconnected fields of feminist and eco-theology with her own personal stories and anecdotes.

From noted environmental historian Carolyn Merchant, this book focuses on the original concept of the Anthropocene first proposed by Paul Crutzen and Eugene Stoermer in their foundational 2000 paper. It undertakes a broad investigation into the ways in which science, technology, and the humanities can create a new and compelling awareness of human impacts on the environment. Drawing on history, art, literature, religion, philosophy, ethics, and justice, Merchant traces key figures and developments in the humanities throughout the Anthropocene era and explores how these disciplines might influence sustainability in the next century. Ultimately, she argues, the Age of the Anthropocene must be replaced with a new Age of Sustainability.
Share it 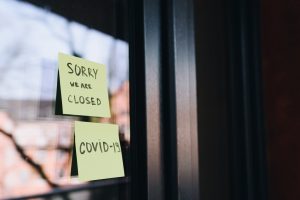